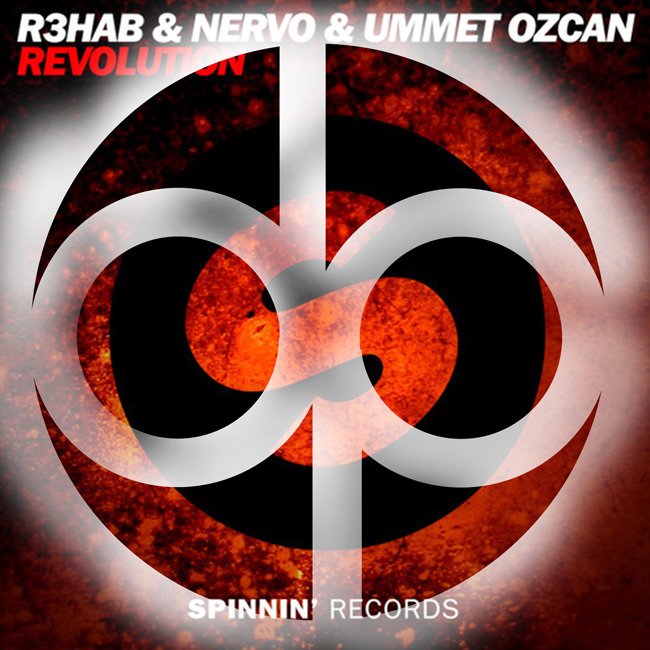 How do, well here is my entry for the R3hab, NERVO & Ummet Ozcan “Revolution” remix comp run in Talenthouse. Now I normally don’t do these, but I think that I need this sort of pressure to get a track finished to a deadline or the 3 EPs worth I’ve got sat there will never get completed and turn out to be a waste of time. So, I thought I’d enter this and as many future comps as I could, to keep me thinking. I’ve found if I’m not looking at different solutions to problems as with graphic design I can become stale. The more I use my noodle the better it gets. I think I should have been documenting the process as I’ve done this, maybe I will next time, I know I’ve learned a lot not only about the process of the mixdown and mastering (which I’m poor at) but also, more importantly, how hard it is to even get your mates to listen to your stuff. I get now why so many people spam the living fuck out it. It really is the only way to get the message out. Duly noted for not only next time but this totally applies in all aspects of work. Though I did have a better response when I ran a comp to help name one of my cats, with one person from the winning side getting a t-shirt. That went well, not sure I’m allowed to run another comp along side this mind, may check out the possibility (cat got called Adobe by the way, Neil got the t-shirt).

So, to the track, I’ve posted the original below in youtube format, have a listen, not the usual thing I’d listen to but I thought that there’d be some possibilities there. I knew I saw it as a breakbeat remix as opposed to drum and bass or house (some entries need to rethink their use of the term progressive house mind). I knew roughly how I saw the arrangement going and which of the stems I wanted to use. None of this basically changed, what did change was the style. Problem I have when creating anything is blocking out whatever influences I’ve last allowed in. In this case, I’d been caning Hybrid. My track started off as a very bad homage to Bad Girl I think. Now I realised this and swiftly acted upon it. By listening to The Warriors by Stanton Warriors. This also was a terrible idea as not only did I then want to write a Stanton’s track I also felt the wave of crushing self doubt as that album is impeccably produced/mixed/mastered/engineered and I’m a pleb. There’s a creative persons infographic doing the rounds that totally applies here.

After much frustration and googling of how to make my track sound better I finally quit whining and got to work fixing what was essentially wrong. I was trying to be other people. So I took what I like from all and sundry, pulled my head from my arse and got arranging drum patterns that I wanted to hear, not what I thought should be, adding effects I felt worked, stripped the living shite out of the track and built up carefully. I should point out that this was after I’d have friend (Aaron, alreet mate) do a quick master on one version). Eventually I came up with my track, added on a few hours for cleaning, adjusting and attempting to make my track sound louder without committing crimes in the loudness wars and bosh. I uploaded and entered the competition.

Here’s where I’m hoping everyone else is the same. I instantly thought of a million and one things I could have/should have done to it. Fucking arse. However after a listening to a few of the other entries I remembered to stop taking myself too seriously and that the reason I’d entered this exercise was to keep my mind going with ideas and learn new techniques, I hadn’t entered looking to win (though it would be nice to place somewhere of course). Calm once again I started to post some links. This is an eye opener. Highly disappointed is how I’d describe my reaction to the fact that nobody had listened. But I listen to everyone’s stuff I thought, why aren’t they listening to mine. This was the second time I had to remind myself to stop being a whiney little bitch. I say second time but what I really mean is the second separate occasion.

That basically brings us up to here, last step for me was to do this write up on it and get it posted here. which I have now almost completed. I’m guessing that in a day or two I’ll be having the third occasion where I have to remind myself to stop being a whiney bitch. Until that time here’s my track, please have a listen, if you think it’s worth a vote then the link below will take you to my page (voting ends May 19th 2014, no idea what time over here UK). I’d love any feedback, any.